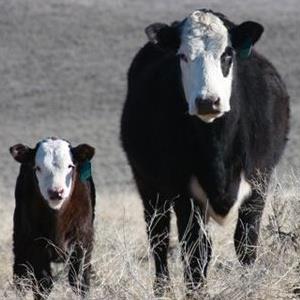 The coronavirus pandemic has had a severe impact on all segments of the industry, agriculture and the cattle industry included, with losses of over 13 billion caused to the beef cattle industry alone. The effects are far-ranging and complex, from the impact of the pandemic on beef markets all over the world to the effects on production processes and on feed and meat prices.

The Impact of the Pandemic on Exports

The US is known as one of the most important beef exporters in the world, with over 70% of its exports going to Mexico, Canada, Japan and South Korea. Even a temporary decline in the volume of these exports has severe impact on the incomes of farmers and the longer that decline persists, the harsher the consequences. The year-long crisis caused by the pandemic has forced many farmers and food processing companies out of business, further aggravating the situation.

The Impact Caused by Changes in the Food Service Sector

The COVID-19 pandemic has led to severe measures intended to stop the spreading of the virus. One set of measures that has had a huge impact on the cattle industry was the implementation of lockdowns. As restaurants and diners closed or switched to home deliveries, but with a much lower volume of orders than before, the demand changed its composition, decreasing for the premium cuts usually required by the food service sector to mince and to the cuts usually bought in supermarkets.

The Impact of the Crisis Experienced in Crops Production

Crops production has also suffered during the pandemic and lower production has led to a significant increase in prices. As a consequence, many cattle farmers were forced out of business as they were unable to pay the high price of feed. The cattle farms that decided to discontinue their activities left a gap behind and the process has resulted in astronomical beef prices.

The Impact of Changes in Personal Finances

The massive layoffs that affected all segments of the economy have decreased individual buying power and the demand for traditionally more expensive meat varieties, such as beef. Many people say that they can no longer afford the quantities of meat that they used to consume and were forced to completely change their meat eating habits, giving up on beef entirely.

The pandemic has also started processes that can be beneficial for the cattle industry on the long run, but that have certainly made life much harder for cattle farmers, meat packers and other businesses in the segment. One such effect can be the change in focus from nationwide sales and exports to doing business locally or regionally. The pandemic has caused disruptions in the transport industry as well, with the effects of those bottlenecks still reverberating and making companies worry about the risk of similar crises in the future. As a result, cattle industry news sources say that many companies in the cattle industry have decided to reshape their profiles and client portfolios, focusing more on fostering relationships with local partners and developing products that meet local demands.